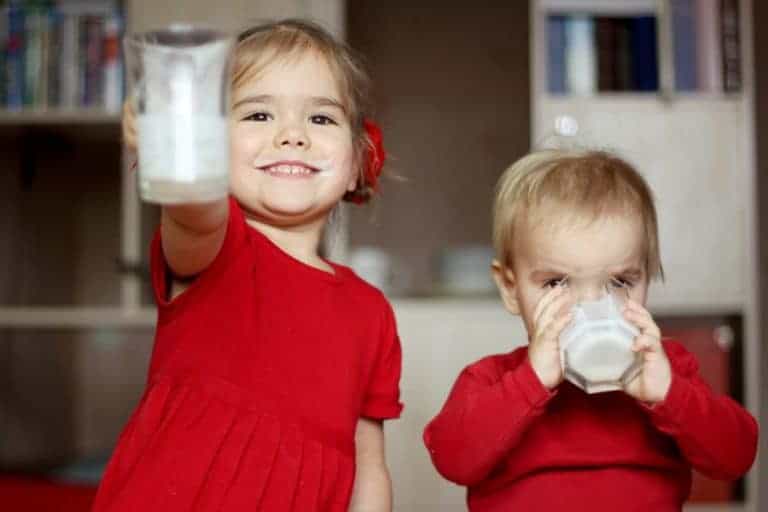 What’s the difference between cultured milk and pasteurized milk? Here’s your answer:

When it comes to cultured milk vs. pasteurized milk, which one is better? Which one should you use? There are different uses for both milk products.

Both products are treated with something to change them significantly. Pasteurization begins with putting milk in a giant vat and then treating it with heat. The milk is heated to 145 degrees and held at that temperature for 30 minutes. The heat kills most pathogens at the end of the cycle, but it can’t kill 100% of them. Pasteurized milk isn’t sterile, but it does have far fewer pathogens than raw milk.

Each of these dairy products is used in vastly different things to create new dairy products. They tend to have different tastes as well. There are many different types of cultured milk products, and some are popular favorites. Pasteurized milk is usually drunk as-is or put into baking recipes.

Pasteurized milk has the advantage of having very few microbes in it that can make people sick. But with cultured milk, the microbes are added to the substance on purpose. With some cultured milk dairy products, more bacteria are added to milk to change its thickness and taste.

What Are Cultured Milk Products?

Once the lactic acid bacteria are added to the milk, it undergoes changes that make it a perfect starting point for other products. One of the most popular of these is yogurt. It uses cultured milk, and then more bacteria is added, usually several different types. Yogurt packaging advertises the millions of bacteria that are in their product.

Sour cream, kefir, and buttermilk are all cultured milk that has been changed in fundamental ways. Buttermilk is a perennial favorite made by skimming milk and then adding fermented and pasteurized milk to it. Kefir is standard in parts of Europe. This drink is made by adding kefir grains to milk and leaving the mixture to ferment. It creates a drink that is much like yogurt, though it has a far tangier taste. It also comes with probiotics, giving it various health benefits.

Sour cream is what it sounds like- cream that has been soured. The lactic acid bacteria is added to cream, and it thickens and gets a tart taste. For it to be labeled as sour cream, it must be 18% or more butterfat.

Sour cream is aptly named. It’s made by adding lactic-acid-producing bacteria to the cream. The process is called souring, which results in a thick and tart product. Sour cream needs at least 18% butterfat to be called sour cream.

How to make cultured (real) buttermilk

How to Pasteurize Milk

Because it is a dairy product, U.S. law states that cheese must come from pasteurized milk; this isn’t the case all over the world, however. Various regions differ in whether they pasteurize milk before turning it into cheese. Many areas of Europe and beyond use raw milk to make cheese. And unlike in the U.S., they also have the right to drink raw milk. Some people prize raw milk as having a complex taste and being a more natural food. However, raw milk can make people sick since it has not been heat treated.

When milk is cultured, bacteria are added that are helpful to many systems of the body. When milk has been fermented with bacteria, the taste is different, and the nutritional content. While yogurt gets a lot of attention for probiotics, any product made from fermented milk has these healthy bacteria. These products can help people with their digestion, boost the immune system, help with weight loss and even keep you from being so tired all the time. Also, cultured milk has the many vitamins and minerals usually found in milk, including calcium, vitamin B12, and potassium.

Both of these types of treated milk are part of a healthy diet, and both have gone through the pasteurization process before the items reach the grocery store. The rules governing these dairy products are strictly upheld because it is believed that the pasteurization process brings a level of safety to milk that doesn’t outweigh the slight dip in nutrition that follows the process.