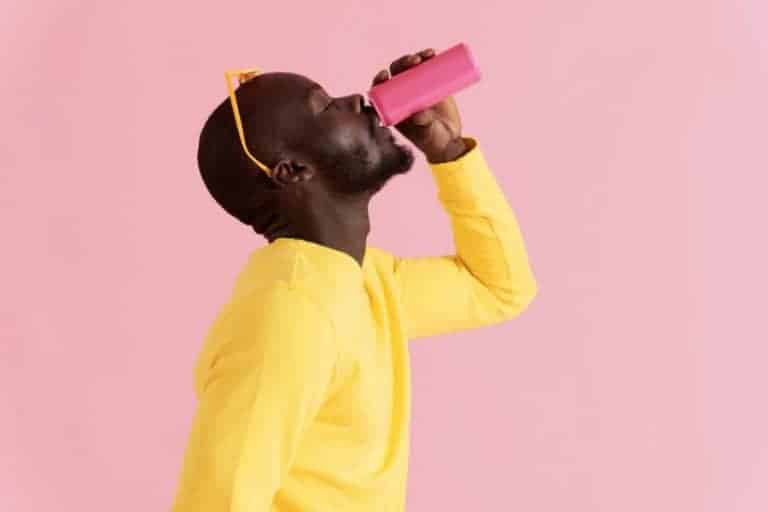 No matter who you are, you have likely had a drink from an aluminum can. The odds are high that you have done so today. On average, the U.S. uses and disposes of 1.15 billion aluminum cans every year. That works out to about 348 cans for every person in the country, or almost one can per day, including soda and beer. The point is that we use a lot of aluminum.

Fortunately, aluminum is 100 percent recyclable, meaning that every pound of it can be melted down and reused. While not all cans make it to the recycle bin, most of them are repurposed for future enjoyment.

Since aluminum cans are so ubiquitous, one might assume that they are harmless. However, that might not be the case. While aluminum poisoning from cans is virtually impossible, multiple hidden dangers could be lurking in your beverage container.

This article will break down the various hazards and how they could impact your health. We’ve ranked them in order of health risks and provided some options to minimize them.

If you’ve purchased a cold aluminum beverage from a vending machine, did you pop the top and start drinking right away? What about the six-pack of soda that you bought from the grocery store? Regardless of where the can originated, it is loaded with germs, bacteria, and potentially fecal matter.

But why? Well, there are several reasons. First, cans are stored in factories and then shipped in trucks and handled by dozens of people along the way. Once they’ve arrived at their destination, they can get covered in dust and other air particles. Consumers may touch the can without purchasing it, leaving even more bacteria.

However, the biggest reason that the top of a can is filthy is rats. If rodents are crawling along can lids during transport or while they’re stored, they could be leaving tons of germs on the surface. That is where the danger of fecal matter can come into play.

The Solution: Fortunately, you don’t have to avoid drinking from a can ever again. All you need to do is wipe the top down before drinking. Ideally, you would do this with a sanitary wipe or a clean, damp towel. Even then, the bacteria shouldn’t be enough to cause any real damage. Remember, germs live on all surfaces we touch, so it’s impossible to live without them.

In recent years, the chemical compound Bisphenol A, or BPA, has been in the news a lot. This commercial plastic is used in a wide array of products, including those that store foods and beverages. Research conducted on BPA showed that it could adversely affect children’s cognitive development, which led to the substance’s banishment from almost all children’s items.

However, BPA remains in use for food storage. Cans are lined with the compound to ensure a longer shelf-life. Fortunately, most manufacturers have switched to non-BPA alternatives, but plenty of products still use this material.

But are aluminum cans lined with BPA? The short answer is yes, but the long answer is that the amount of BPA present in these containers is almost microscopic. According to research conducted by Health Canada, the amount of BPA in a can is so minuscule that you would have to drink nearly 1,000 cans a day for it to be harmful.

A small amount or not, the substance can remain in your body for longer than previously believed, according to this article by Scientific American. While it does eventually get flushed out, those who consume many canned beverages will be at a higher risk than those who only have a few. Another study linked BPA in aluminum cans to higher blood pressure. According to the research, the effect happens relatively quickly, and it can worsen the more you drink.

The Solution: For the most part, BPA poisoning isn’t a significant problem. However, if you want to limit your BPA consumption, you can either pour your drink into another non-plastic container (i.e., glass) or stop buying cans altogether.

One question that gets asked is, “does aluminum leach into food from cans?” As with BPA, the short answer is yes, but the problem is not as severe as you might think. According to most experts, the amount of aluminum that may leach into your drink is negligible. On average, you might ingest a few micrograms of the stuff. For aluminum poisoning to be an issue, you have to consume one milligram of aluminum per one kilogram (2.2 pounds) of body mass.

So, a 180-pound person would have to consume up to 82 milligrams of aluminum for there to be a problem. That would translate to thousands of cans. Fortunately, unlike BPA, aluminum doesn’t stay inside the body. Since it is insoluble, it will get passed out through your digestive system long before it could do any damage.

The Solution: Realistically, aluminum poisoning isn’t going to be a problem, but again, if you’re concerned about it, you can drink from other containers, such as glass.

Is aluminum better than plastic? Find out:

If you’re asking questions like, “can aluminum cans cause cancer?” you will be thrilled to know that these containers are not going to kill you. However, there are some potential risks, particularly for those who drink a lot every day. For example, if you consume six or eight cans of soda daily, you will be at a higher risk than someone who only drinks one or two.

Overall, the primary danger is what’s inside the can rather than the container itself. Increased soda consumption can lead to various health problems, such as diabetes, obesity, and heart disease. Even if you drink diet soda, it can come with similar risks. As with anything, moderation is critical. So, if you’re buying cases of beverages every week, it might be time to start cutting back. Your body will thank you.